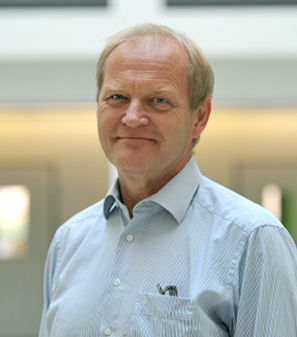 Professor Franz Theuring, PhD, studied electronics and biology at the Universities of Braunschweig and Göttingen.

He gained his PhD in Mechanisms of meiotic nondisjunction in mammalian oocytes in 1986 in the Institute of Human Genetics, University of Gottingen, and was post-doctoral research fellow at the Max Planck Institute for Biophysical Chemistry under Professor Peter Gruss, world leader in mouse genetics.

Professor Theuring was responsible for the establishment and introduction of transgenic technologies both in the Gruss laboratory, and then from 1988 in the Institute of Cellular and Molecular Biology of Schering AG, Berlin, where he had responsibility for implementation of transgenic technologies in areas of pharmacological research for drug target validation and model development at Schering. He developed transgenic mouse and rat models in eurodegeneration, experimental tumour biology and cardiovascular function.

Professor Theuring received his Habilitation from the Free University of Berlin in Molecular Biology and Biochemistry in 1996, and after 8 years at Schering AG, was appointed in 1996 to a Professorship in Molecular Pharmacology at the Charité Hospital, which is the Medical Faculty of the Humboldt University Berlin.

He is an acknowledged expert in employing transgenic technologies to study gene regulation, gene function and establishment of animal models for human disease.
He is consultant to the Berlin State in Biotechnology, to the European Union in Molecular Medicine and to Pharmaceutical Industry,and was elected as Member of the Berlin Scientific Society.